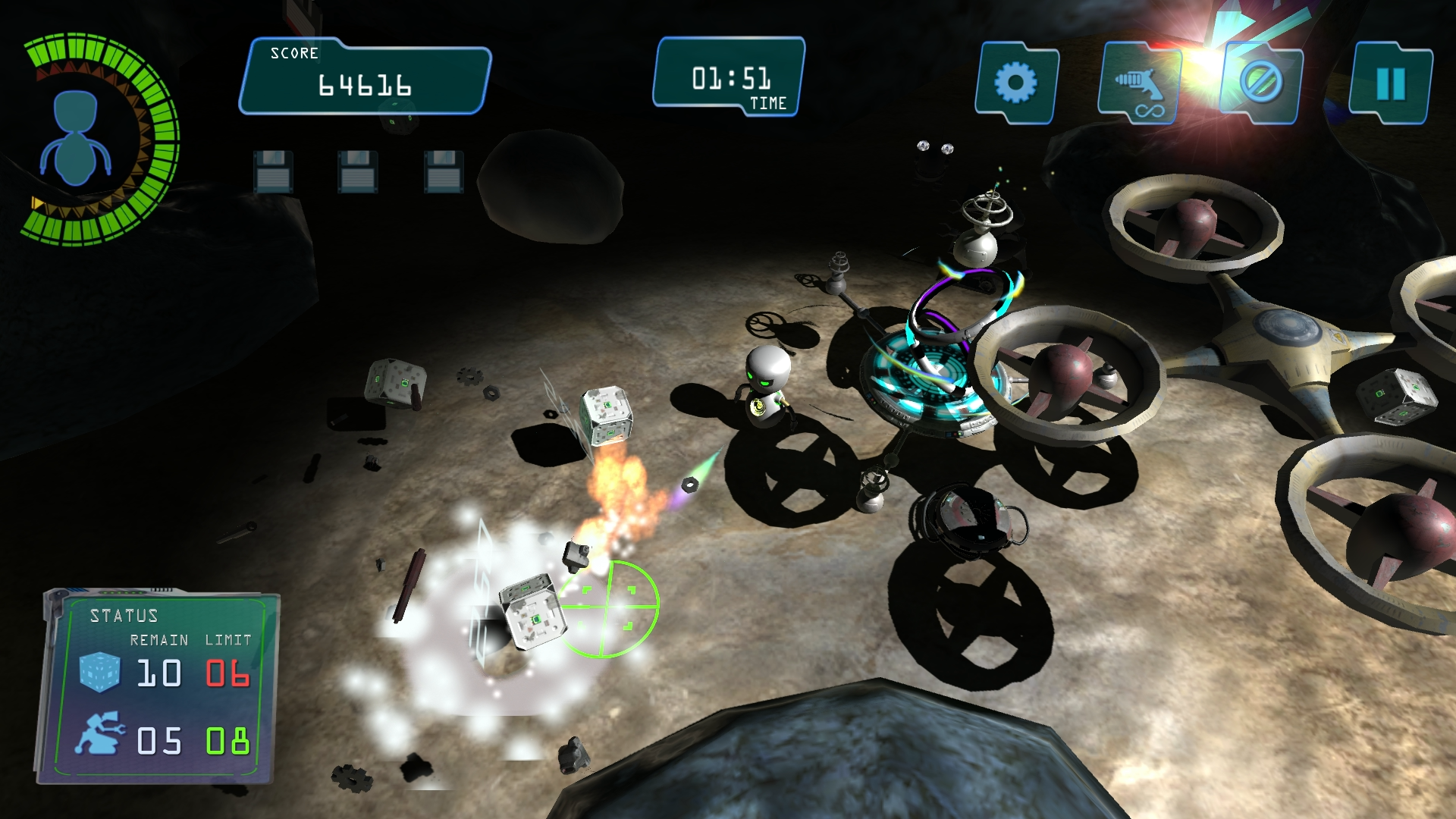 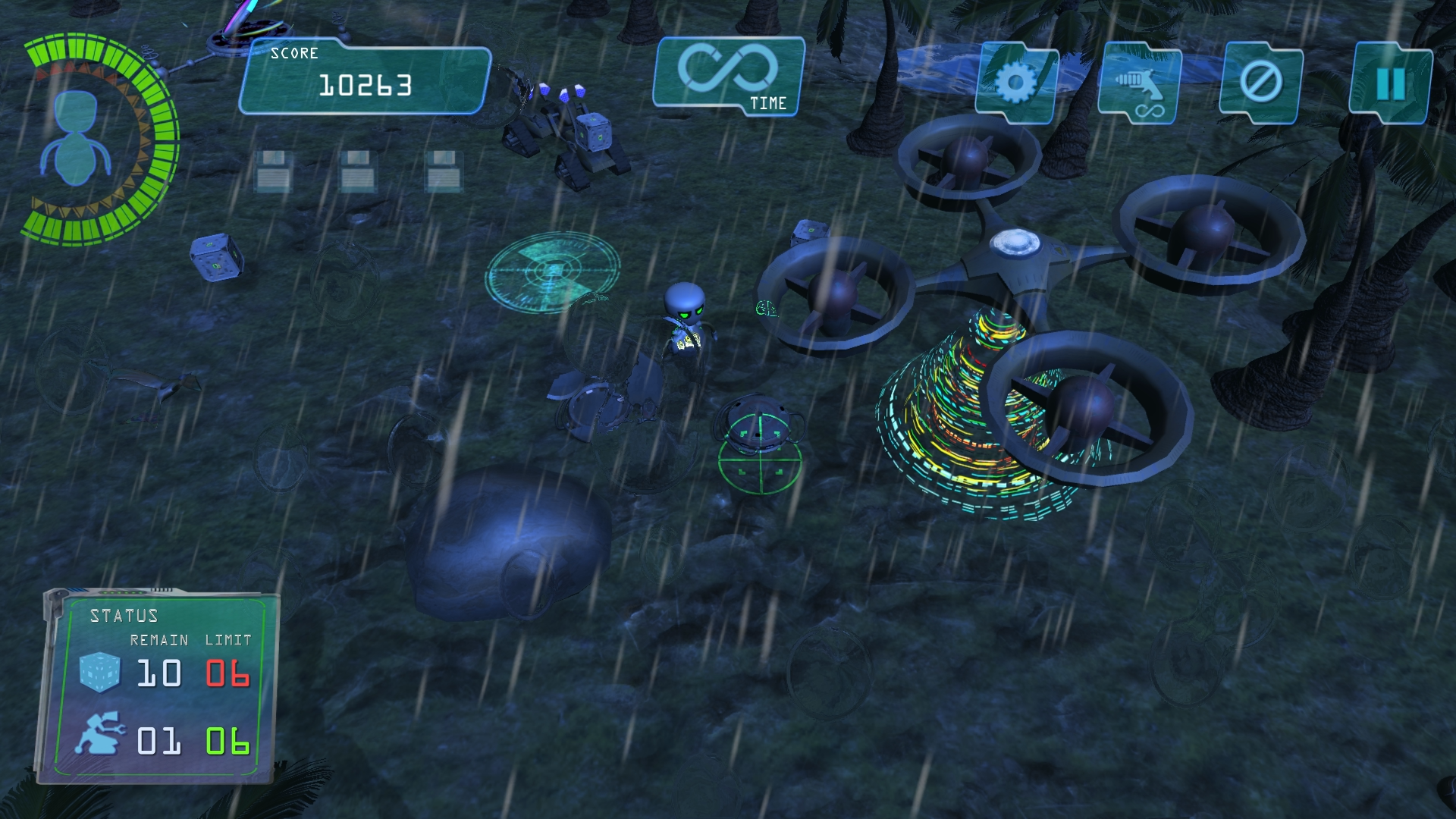 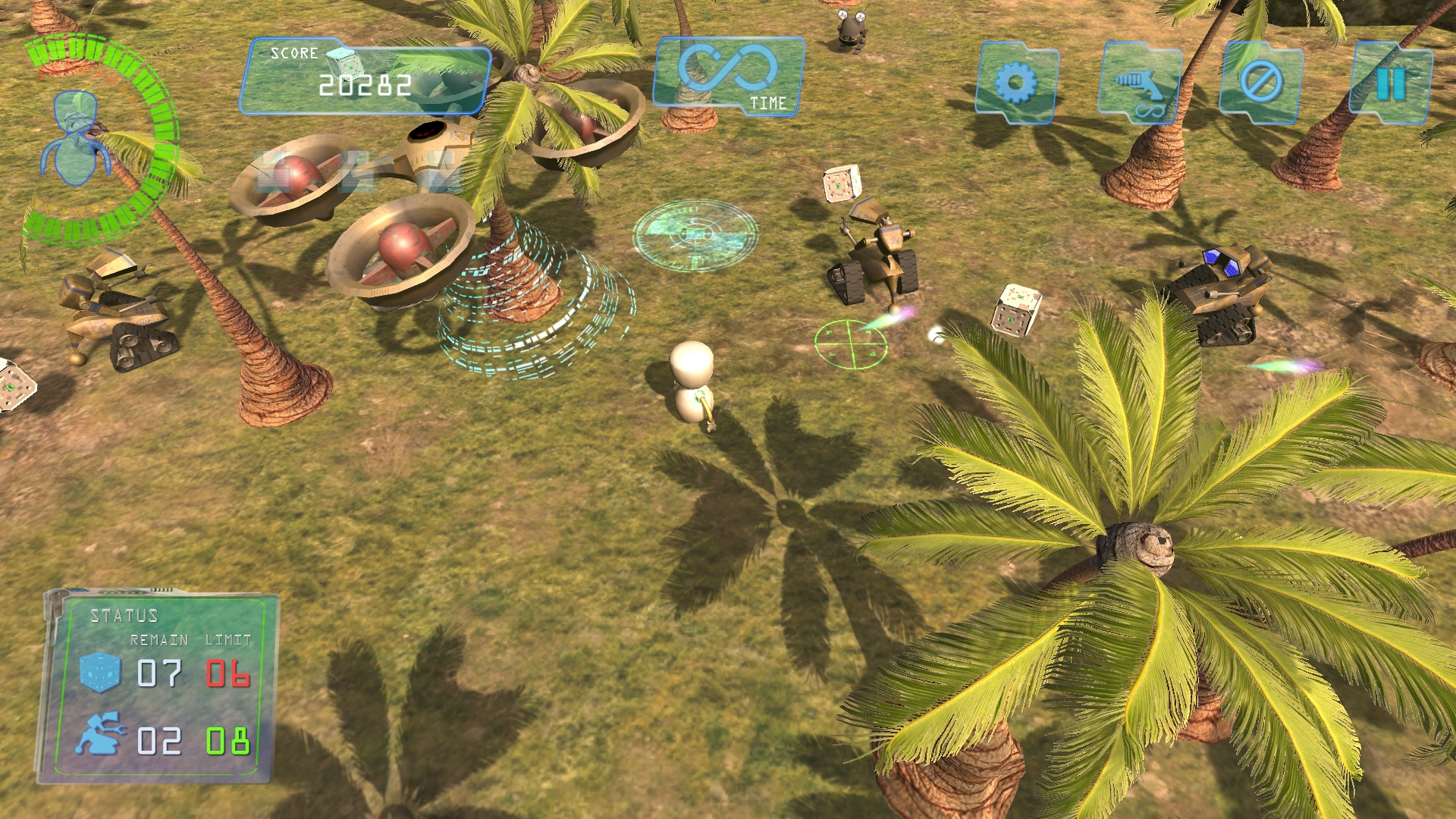 Boom Bits is a single player, twin stick shooter, set in the distant future, following a catastrophic accident on the moon. The humans have been forced to leave the planet. You play a robot whos tasked with collecting some of the left behind items and rejoin with the humans off world while fighting off other robots that try to take what is yours. 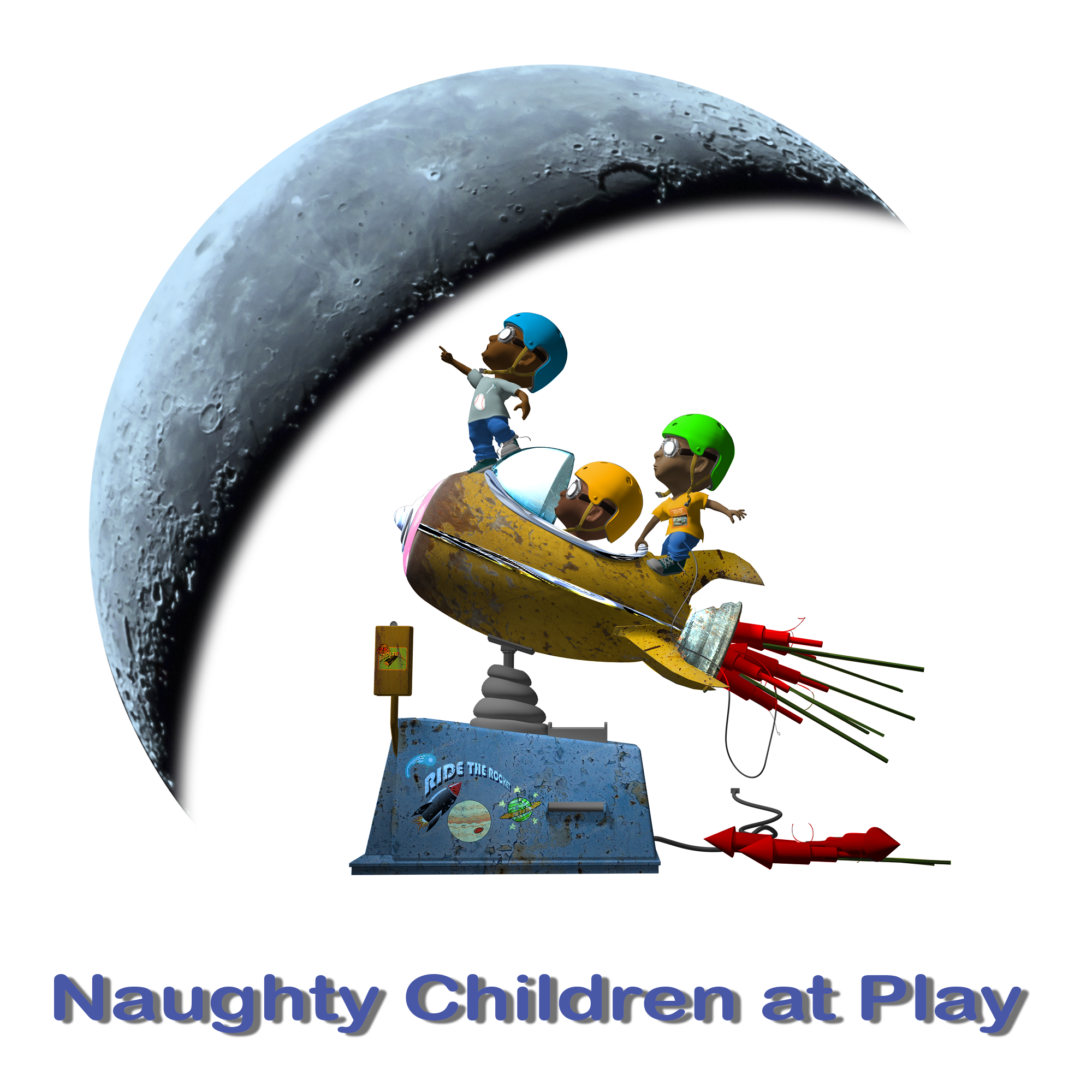 Naughty Children at Play is a one man shop that makes games for various platforms that include PC and Mac, as well as, mobile platforms such as Android, and iOS. The company plans to expand to consoles, going forward. The company was formed in 2013 by Marc Florestant, a freelance 3D modeler and animator, who was able to realize a long standing goal of creating games for the general public. The first title, 'Crazy Game 8', was released on Google Play Store, Amazon marketplace, Windows Store and the Apple App Store. The second title, Boom Bits, is available on Steam Using lessons learned from the creation of the first early titles, Naughty Children at Play is continuously striving to improve the quality and enjoyability of its titles.